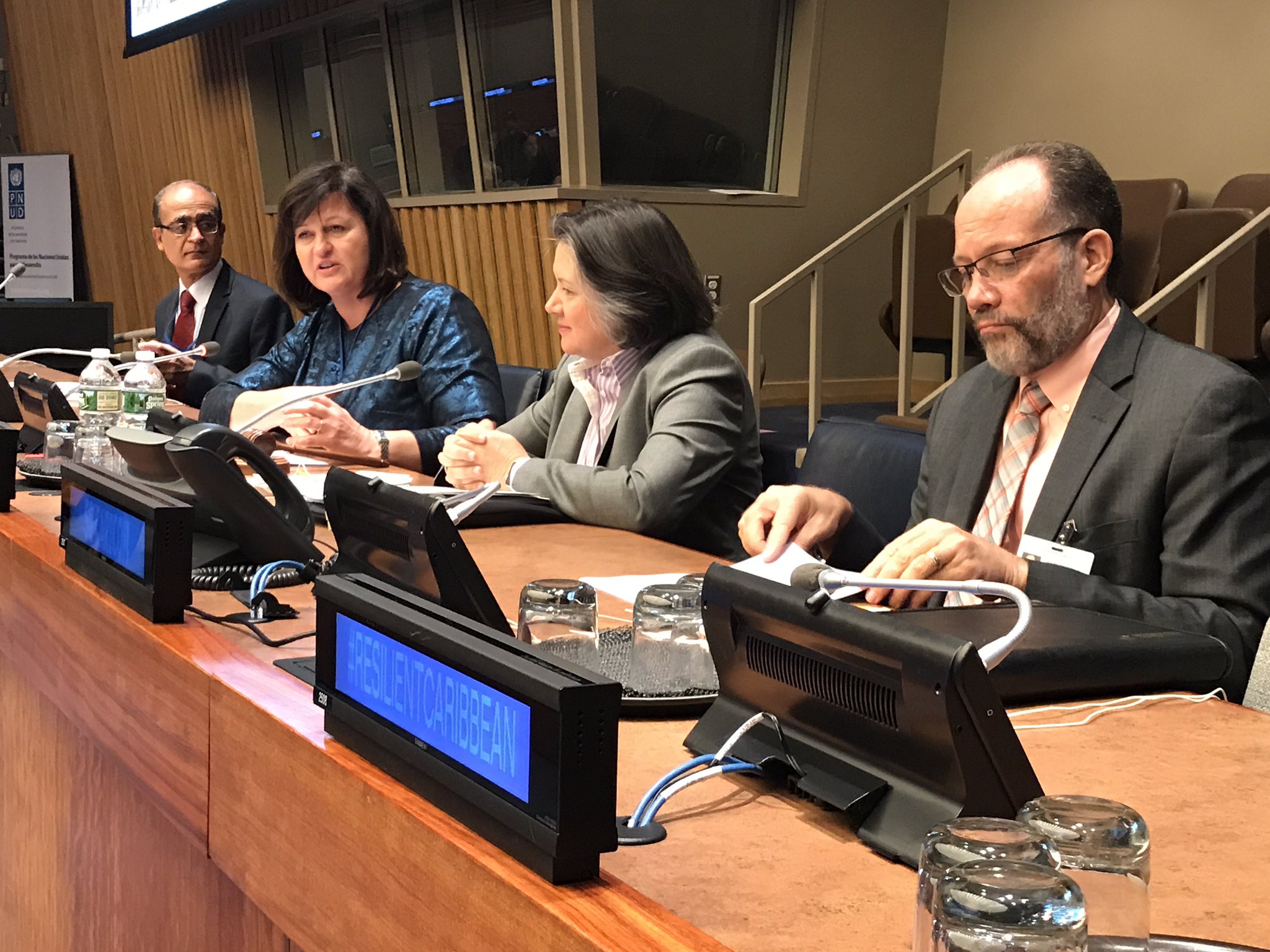 The High Level Pledging Forum will be held 21 November, also at the UN and is aimed at rebuilding the devastated Members as the first climate resilient countries in the world and at helping the wider CARICOM Region improve its resilience given its inherent vulnerability as a Community of SIDS – Small Island and Low-lying Coastal Developing States .

The technical sessions are aimed at providing an overview of the impact of Hurricanes Irma and Maria on the Caribbean; presenting the country recovery needs, priorities and recovery strategy; and giving partners an opportunity for technical level enquiries and inputs.

The head of the Caribbean Disaster Emergency Management Agency (CDEMA) will provide an overview presentation. This will be followed by presentations by Senior Government representatives of the affected countries and territories. Perspectives will be provided by partners, including those who conducted post disaster assessments.

Your ticket for the: Technical Consultation begins ahead of CARICOM-UN High Level Pledging Conference