Prime Minister of Antigua and Barbuda 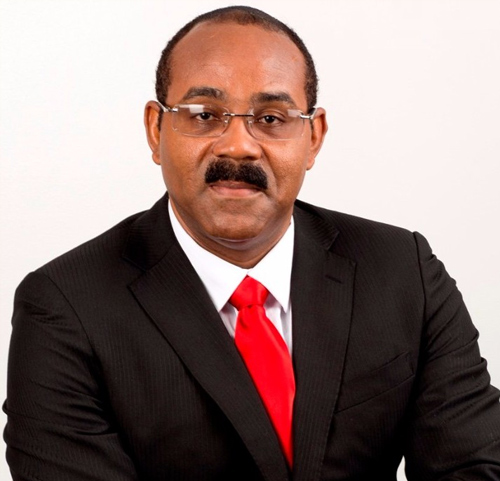 The Honourable Gaston Browne, Prime Minister of Antigua and Barbuda, and Minister of Finance and Corporate Governance is a man of formidable strengths, passion, intellect, and understanding. Springing from a humble beginning characterised by poverty and deprivation, this son of the soil and champion of the people has been able to inspire the nation and, in particular, the youth. Prime Minister Browne’s accomplishments are significant, and they have not occurred in one year; for him the struggle to achieve, the pursuit of excellence, and the demonstration of an inherent ability to overcome have all been long and constant.

Prime Minister Gaston Browne, realising at an early age that education would likely be his best bet at liberation from the belly of poverty, pushed himself and pulled along others in the pursuit of academic excellence. He is a graduate of the Antigua State College, City Banking College and the University of Manchester the latter two in the United Kingdom. As could be discerned, the Honourable Prime Minister has a wealth of knowledge in the finance and banking arenas, coupled with a strong grasp of economic and social matters.

Prime Minister Browne has served continuously as a legislator in Antigua and Barbuda for the past 16 years, five of which he served as this country’s Minister of Planning & Trade. Previously, he managed a banking group comprising a domestic bank, an offshore bank and a trust company just to emphasise his multi-tasking capabilities. Before assuming the mantle of leadership in Antigua and Barbuda, Browne has owned and operated a number of successful private businesses, while also serving on the board of several private and publicly owned corporations.

The Honourable Gaston Browne is a visionary and a man on a mission. he is assertive in expression, practical in thought, and these things are manifested in action-centred leadership, as his Cabinet would attest. Prime Minister Browne at the local level strives to create a more egalitarian and fair society while at the same time, he is energised into making Antigua and Barbuda the economic powerhouse of the region. He fully acknowledges that cooperation and diplomacy are factors important for the integrated development of the Caribbean region.

Your ticket for the: Hon. Gaston Browne