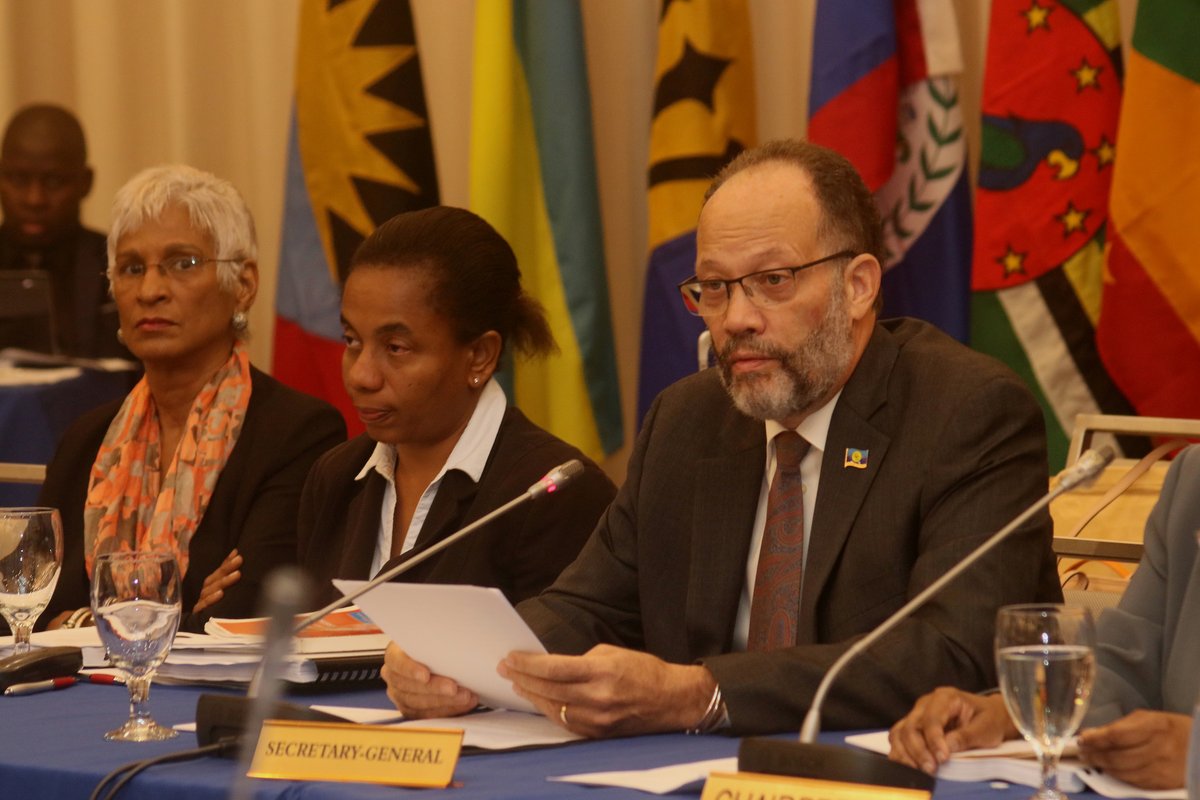 Caribbean Community (CARICOM) Member States must seize the opportunity to help the countries that were devastated by the recent hurricanes to build back better and become the first climate-resilient nations in the world.

CARICOM Secretary-General, Ambassador Irwin LaRocque, delivered this charge in remarks he made at the opening of the Forty-Fifth Meeting of the Council for Trade and Economic Development (COTED) at the Marriott Hotel in Georgetown, Guyana, Thursday morning.

The impact of the hurricanes wrought on some CARICOM Member States and Associate Members  have affected various sectors including agriculture, tourism, manufacturing, housing, infrastructure, energy, and communications. The impact has also caused ripple effects across the Region, given the level of integration, the Secretary-General pointed out.

“The devastating climatic events of last September have put at risk our efforts to stimulate that growth and development. Agriculture, tourism, manufacturing, housing, infrastructure, energy, and communications have been adversely affected in varying degrees in the countries battered by Hurricanes Irma and Maria. The economic impact is not limited to the affected countries alone but extend to the wider Caribbean given our level of integration”, Amb. LaRocque said.

It was critical for reconstruction and rebuilding to get underway so that economies could be revived and the social needs of people could be addressed, the Secretary-General told Trade Ministers and delegates at the two-day Meeting.

The Secretary-General praised the Region’s response to the disasters, underlining the lead role of the CARICOM Disaster Emergency Management Agency (CDEMA).

“The Governments and People of our Member States have stood up to be counted in the hour of need of our stricken Members and Associate Members.  And now we will all have to play a part in rebuilding the countries in a manner that enhances resilience to adapt to and to mitigate the effects of climate change. We must seize this opportunity and help the countries build back better and become the first climate-resilient nations in the world”, he emphasised.

He advised of the upcoming CARICOM-United Nations Pledging Conference on 21 November in New York, USA. Through that event, the Community was seeking the co-operation of international development partners, the private sector and private foundations to help rebuild the countries ravaged by the hurricanes. He said that a broader objective of the pledging conference was to assist the entire Community to improve its resilience to adapt to the effects of climate change.

“We must prepare for the next catastrophic hurricane, flood or drought since climate change is the new normal”, he said.

Matters that will be considered at the Meeting include a presentation by Antigua and Barbuda on the impact of the hurricanes on Barbuda and Dominica.

Your ticket for the: Seize opportunity to help hurricane-hit countries build back better – CARICOM SG