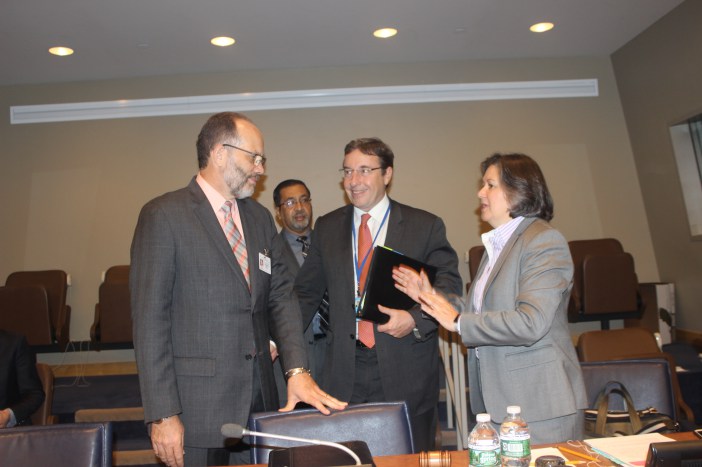 Ahead of Tuesday’s CARICOM-UN High Level Pledging Conference at UN Headquarters in New York, a number of participants engaged in Technical Consultations on Monday.

The Pledging Conference is seeking to mobilise support and commitment of pledges to help rebuild the countries ravaged by the recent hurricanes and importantly, to assist the Region to build resilience, given its inherent vulnerabilities.

Secretary-General of CARICOM, Ambassador Irwin LaRocque, told Monday’s Technical Consultations that the need was “immediate and urgent” to rebuild those countries that have suffered catastrophic damage from the two hurricanes. “We cannot lose sight of the thousands who are homeless, jobless and simply surviving on relief for two months and counting. Rebuilding their lives is a priority,” Secretary-General LaRocque stated.

“We cannot do it alone,” he added acknowledging that rebuilding required significant investments to reduce risks and vulnerabilities in preparation for the impact of extreme climatic events.

The Secretary-General advocated for a new paradigm leading to changes in the criteria for determining Small Island Developing States’ (SIDs) access to concessionary resources, and to end the use of the dominant criterion of GDP per capita to measure development.

“We find ourselves in extraordinary circumstances which therefore require extraordinary solutions,” the Secretary-General stated.

Your ticket for the: Rebuilding immediate and urgent: CARICOM SG tells pledging conference