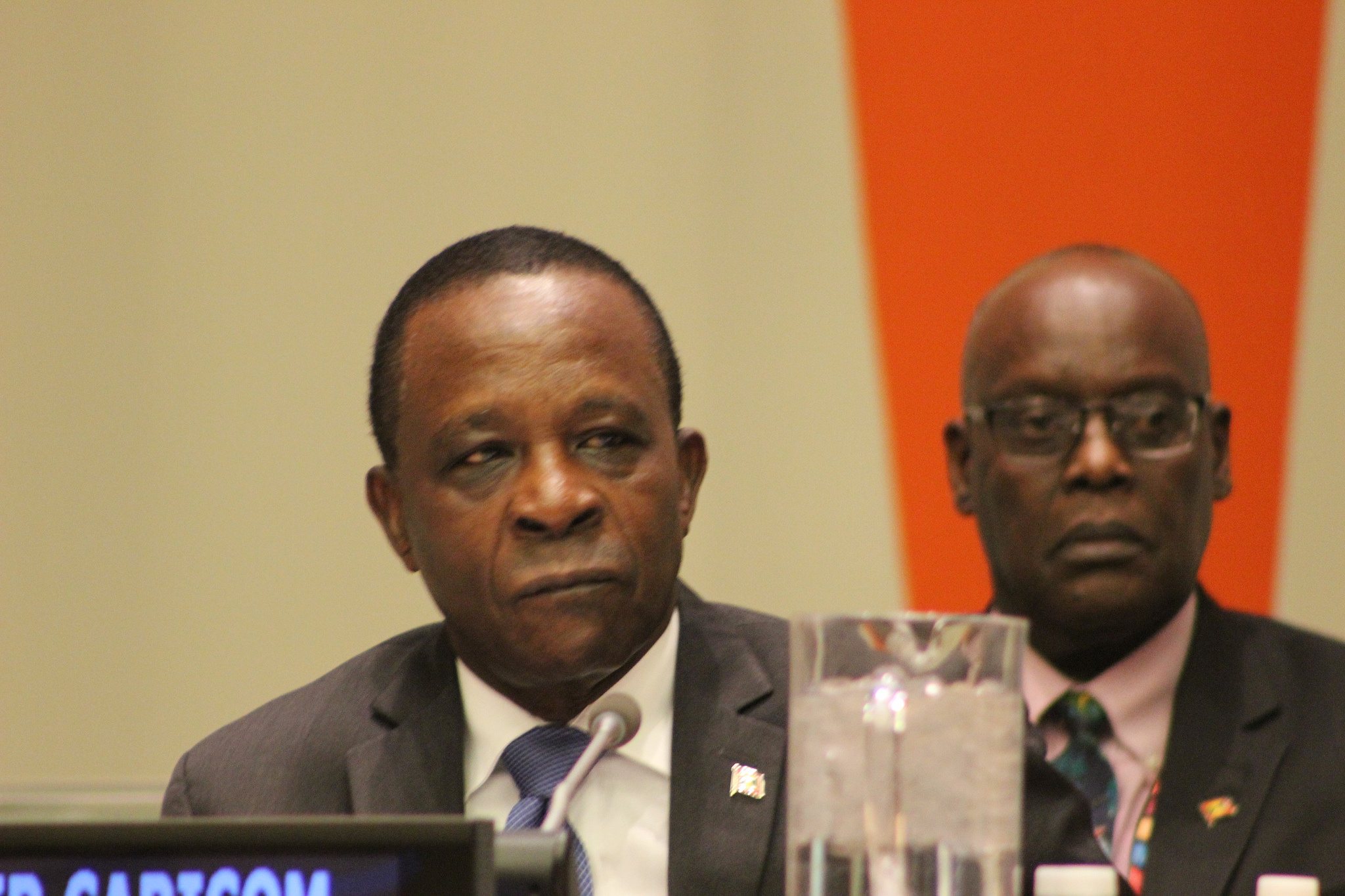 We are here today to participate in an unprecedented event brought about by two other extraordinary events.

It was the first time that a hurricane had gone from category one to category 5 in less than 36 hours.

We are therefore treading new paths. The dramatic escalation in the force and frequency of these storms had long been predicted. Five of the eight hurricanes which traversed our Region in the past six months have been category 3 or stronger and three of those made landfall.

The Small-Island and Low-Lying Coastal Developing States (SIDS) have been vocal about the dangers to them posed by the effects of climate change, particularly global warming and sea level rise. Scientific report after scientific report put out by international agencies, including the United Nations, and respected academia have warned of the catastrophic consequences of global warming.

Two weeks in September 2017 demonstrated starkly what those consequences mean for Caribbean SIDS.
There can be no question that for us in the Caribbean, climate change is an existential threat.

Current trends indicate that there will be no respite. Indeed, the intensity and the frequency will increase.

A World Bank Report projects that should global temperatures rise by 2°C the number of severe hurricanes will increase by 40 per cent. Further, it stated, that based on current trends, it is more likely to rise by 4°, which would see an 80 per cent increase.

Anguilla, Turks and Caicos Islands and Ragged Island in The Bahamas are also severely affected to varying degrees.

But the people of those countries, like those throughout our Region, possess the resilience and resourcefulness of a Caribbean civilization steeped in struggle, not only to survive but to prosper. What they need at this time is financial and technical support which would assist them in their efforts not only to rebuild their lives and their countries but to build back better.

That support is needed across the Region, as we seek to reduce our vulnerability to all external shocks and build our resilience, socially, economically and environmentally. Building that resilience is crucial as, in respect of hurricanes, what was not too long ago, a once in a lifetime experience, is now occurring with overwhelming regularity.

Such quickly recurring disasters retard the development prospects of SIDS, whic all have inherent economic and environmental vulnerabilities. From my own country’s experience, I can tell you that the repercussions to Grenada, following successive hurricanes in 2004 and 2005, amounted to 200% of GDP.

Dominica was still recovering from the damage caused in 2015 by Tropical Storm Erika, which was estimated at 90 percent of GDP according to an assessment conducted by the World Bank, United Nations, and other development partners in collaboration with the Government of Dominica. Rehabilitation and reconstruction were not yet complete from Erika when Hurricane Maria delivered its crippling blow.

This challenge is compounded by the criteria to access concessional development financing which relies heavily on GDP per capita to determine eligibility. Most of our countries have been graduated to middle and high-income status which denies us access to such funds.

Unfortunately, the international financial institutions and development agencies have no criteria for revoking a graduated status, even in the face of a situation which these countries face today.

The OECD admits, in a recent statement, that “many factors, such as the devastating effects of a natural disaster and humanitarian crisis, could conceivably lead to a substantial and sustained drop in the per capita income of an affected country, or Region, especially in the case of a small state.”

On behalf of all SIDS, I call for the OECD and the International Financial Institutions to change the rules and the criteria urgently. In particular, I call on those countries that constitute the boards of these Institutions, to do the right thing.  Vulnerability must be included as a major criterion in determining eligibility for concessional development financing.

Friends, we do not have the luxury of time. In the first instance, the affected countries and their people need our help now. Secondly, the next hurricane season begins in seven months. Thirdly, climate change is upon us now. It is our new normal. It demands urgency in becoming more resilient to its effects.

I thank everyone who has turned out today, and I look forward to your support for building a more resilient Caribbean Community.

Your ticket for the: Prime Minister’s Opening Remarks at the CARICOM/UN Donor Conference