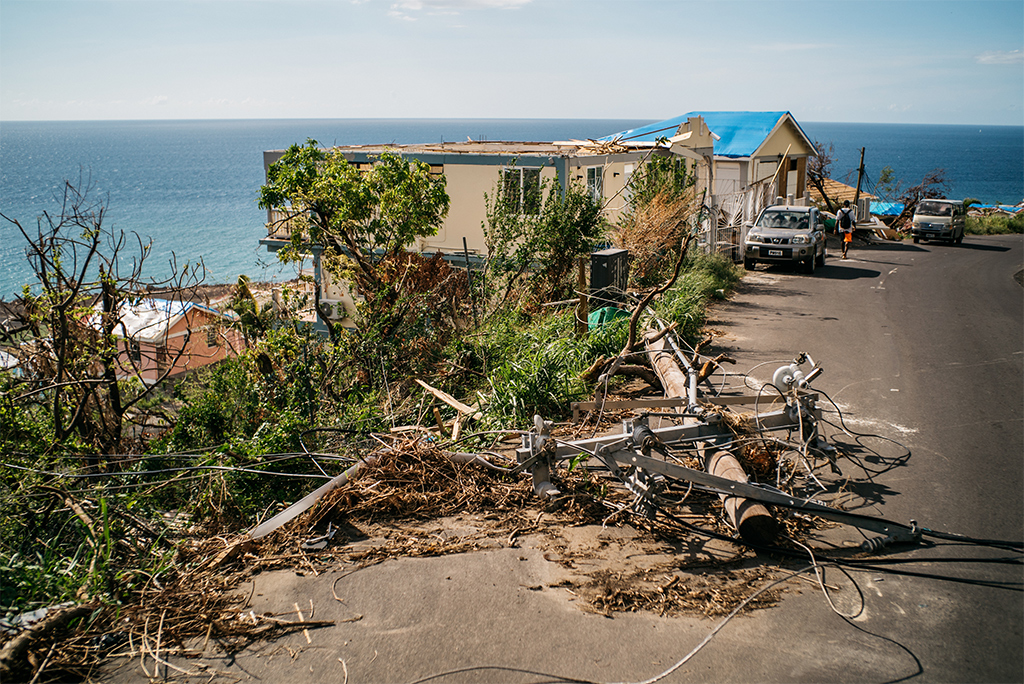 Roseau, Dominica- 18 October – Following the colossal category 5 hurricane that decimated the Caribbean island nation of Dominica on 18 September a UN-wide Post Disaster Needs Assessment (PDNA) kicks off today, led by a senior UNDP and World Bank team on the ground.

The PDNA takes place as a direct request from the Government of the Commonwealth of Dominica to the European Union and its development partners, the World Bank and the UN System.

The comprehensive assessment follows up on an initial “Rapid Needs Assessment” that immediately led to the deployment of 360 response personnel to support areas such as rescue, damage assessment and needs analysis.

Over 90 percent of roofs were damaged or destroyed and 57.000 people, (around 80 percent of the total population) have been directly affected, according to the preliminary assessments.

The PDNA will estimate the physical, economic and human impacts of Hurricane Maria, including how it affects Dominica’s ability to achieve the Sustainable Development Goals by 2030. The study will also propose a recovery strategy that includes short and medium-term social, economic, fiscal and institutional measures. It will also assess capacities of local and national governments’ recovery and reconstruction systems to recommend training and capacity development for Government and community-based recovery.

“Dominica will be taking the lead in building back better, placing affected women and men at the centre of the recovery process,” said Luca Renda, senior UNDP leader deployed to Dominica to lead the UN-wide recovery efforts.

“We are all working around the clock to speed up the recovery process, especially knowing that another hurricane season is only eight months away,” he added.

Climate resilience, including stable land and water management are also envisioned as part of the strategy.

Your ticket for the: Post hurricane needs assessment kicks off in Dominica