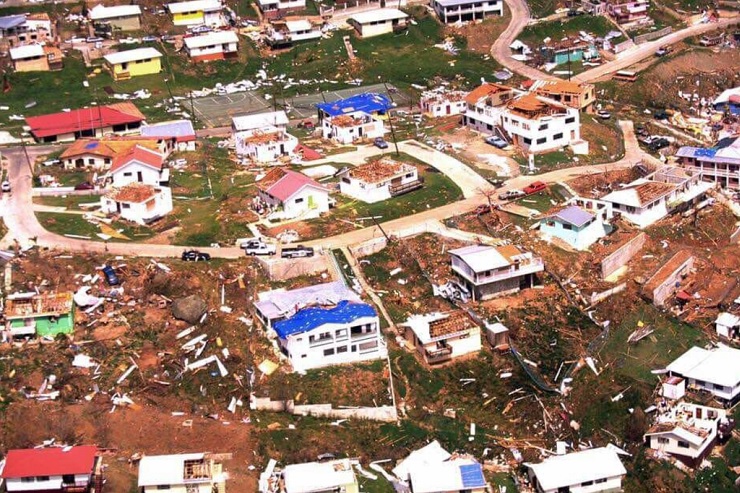 In his message to mark the occasion, Riley said the current state of the sector could be described as a “tale of two situations” with at least six countries – namely Antigua and Barbuda, Dominica, the British Virgin Islands, the Turks and Caicos Islands, Anguilla, and St Martin still trying to get back on their feet.

Against the backdrop of what was on course to be a record breaking year for Caribbean tourism, with figures showing there were 16.6 million tourist arrivals for the first six months of the year, Riley said performance had slowed down.

The prediction for 2.5 to 3.5 per cent growth has now dropped to one to two percent and he said this will have a damaging impact on earnings from the sector.

“The economic impact of the storms is significant. The Caribbean Development Bank predicts that every one per cent reduction in tourist arrivals (based on 2015 travel data) will cost US$137 million in lost revenue.

“No doubt, the hurricanes have presented us with some major challenges, but we are determined to rebuild better and more sustainably,” Riley said.

However, the CTO official reported that affected countries are making steady progress as they return to normalcy, while underscoring that it was business as usual for 75 per cent of the Caribbean destinations that were not affected by the hurricanes.

He appealed to tourists to stick with their Caribbean vacations.

“In this context, we encourage you to keep visiting the Caribbean, as this is the best way to help the region,” Riley said, noting that during Caribbean Tourism Month “we will focus on adventure, in keeping with the Year of Adventure”.

“Mindful of the impact of the storms, there are still countless travel adventures to be had this month and for the remainder of the year. We look forward to hearing of the various events and activities planned for the month, and, with your permission, we will share your information and images.”

Insisting that the Caribbean was still the ideal vacation getaway, Riley said there are exciting products on offer and urged the region to spread the word.

“Yes, some challenges remain and those are being addressed, but let’s also emphasize the superb experiences we can offer to guests right now and help them and their companions have a Caribbean adventure to remember.

“Together, let’s keep the right focus on this important industry and reaffirm the value of One Sea, One Voice, One Caribbean,” Riley added.

Your ticket for the: Hurricanes Set Back Region’s Bread and Butter Industry