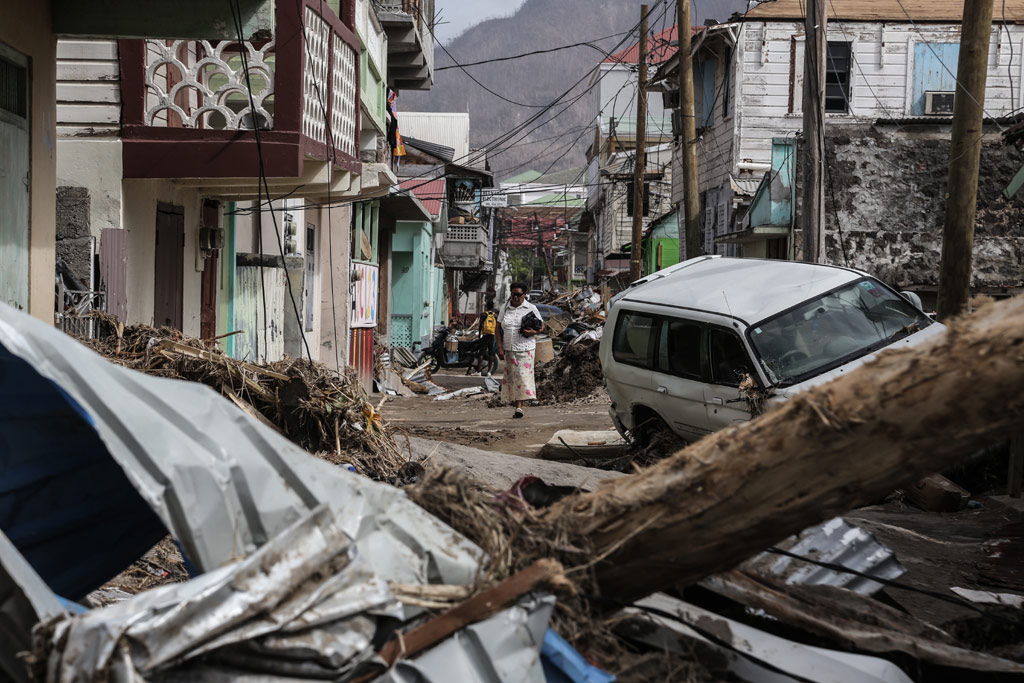 10 October 2017 – Three weeks since category 5 Hurricane Maria ripped through Dominica, the scope of the damage remains daunting, with islanders in dire need of water, electricity, food and supplies, the United Nations migration agency reported on Tuesday as it continued to carry out an array of activities as part of the response.

Noting that an estimated 23 per cent of the small Caribbean nation’s homes have been flattened, Jean Philippe Antolin, head of response operations in the Caribbean for the UN International Organization for Migration (IOM) said: “Those houses do not exist anymore. They have either been blown into the sea or totally scattered in pieces across the island.”

In addition, some 39 per cent of the houses have sustained severe damage, and a further 28 per cent have been affected to some degree said IOM, underscoring that the numbers reflect the painful human situations in the shelters where more than 2,000 Dominicans are still living, while the rest are staying with relatives and friends.

A mother and her children took cover in a local school just before the hurricane hit, and are still living in one of the classrooms with another family. “My home just vanished into thin air. Nothing, nothing left to remember from it. Everything is gone,” she told IOM.

The agency has responded through promoting an array of activities, including supply delivery, coordination of shelter management, and pipelining international donations. IOM has released $100,000 to scale up shelter response, and an additional $350,000 has been secured from the UN Central Emergency Response Fund (CERF).

Many Dominicans are still returning to their homes to salvage their belongings and clear debris during the day, but sleep in shelters or with host families.

Your ticket for the: Housing ‘most urgent need’ for hurricane-ravaged Dominica, UN agency reports