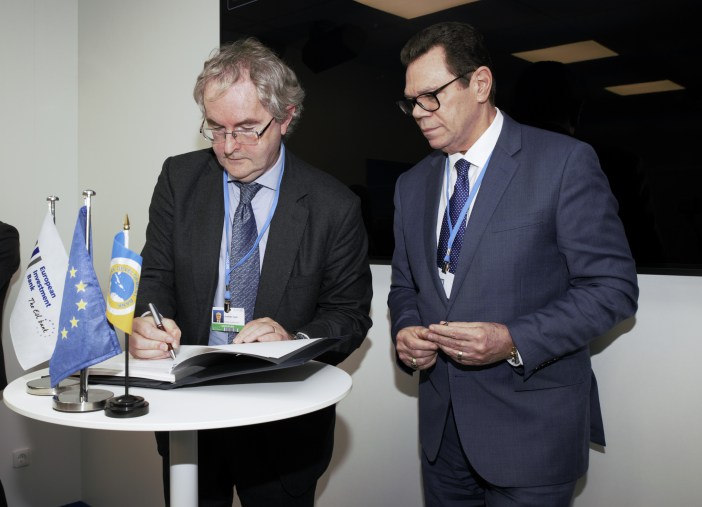 The arrangement will support investments for infrastructure reconstruction projects in the Caribbean in the wake of the recent hurricanes. The new US$24M financing package is an addition to the US$120M Climate Action Framework Loan II signed in May this year, and which remains the EIB’s biggest loan to the Caribbean.

Eligible investments under the new loan will include infrastructure reconstruction, with a focus on “building back better” and integrating climate risk and vulnerability assessments into the projects. This will help reduce the Bank’s Borrowing Member Countries’ vulnerability to future natural disasters and worsening climate change impacts. As well as infrastructure, financing to communities for low-carbon and climate-resilience measures such as improved water resource management are also foreseen.

CDB President Wm. Warren Smith and EIB Vice President responsible for Climate Action, Jonathan Taylor, signed the new agreement during the UN Climate Change Conference (COP 23) in Bonn, Germany. Small Island Developing States is a key theme for the event this year under the Fijian Presidency. Against this backdrop, CDB and EIB presented innovative solutions to climate challenges during an event focusing on climate action in the Caribbean, attended by the Prime Minister of Grenada, Dr. the Rt. Hon. Keith Mitchell, Prime Minister of Saint Lucia, Hon. Allen Chastanet and other stakeholders. 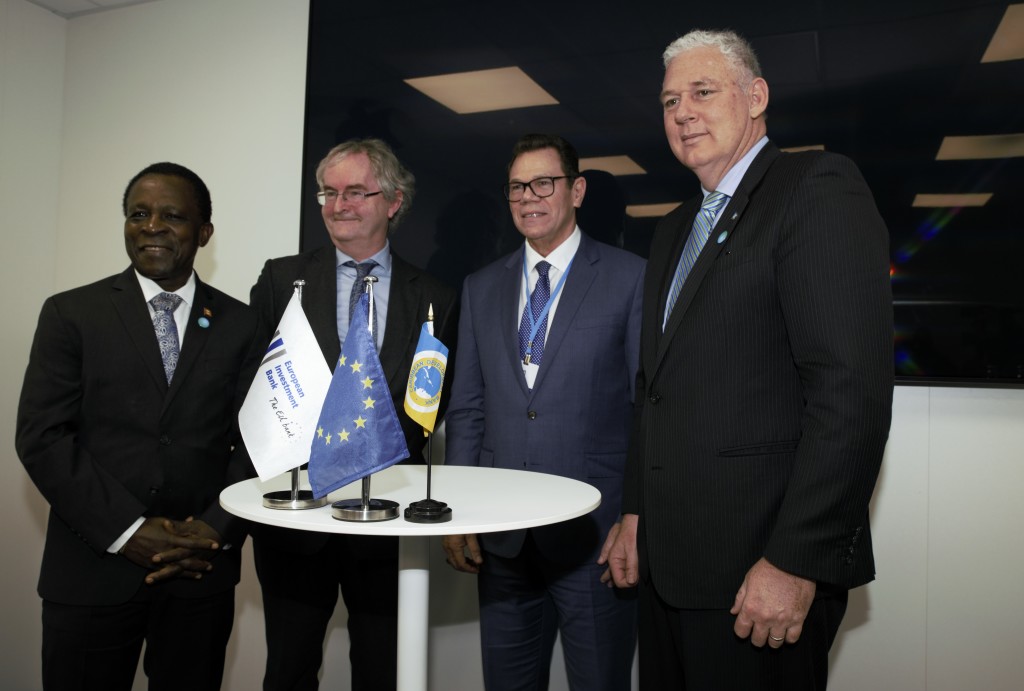 High-level officials during the event hosted by EIB at COP23 on November 13, 2017. From left to right: Dr. the Rt. Hon. Keith Mitchell, Prime Minister of Grenada, Chairman of CARICOM and Chairman of the Board of Governors of CDB; Jonathan Taylor, Vice President, EIB; Dr. Wm. Warren Smith, President, CDB; Hon. Allen Chastenet, Prime Minister of Saint Lucia. (Photo via CDB)

[su_box title=”Caribbean Development Bank” style=”soft” box_color=”#54c0f0″]The Caribbean Development Bank (CDB), is a regional financial institution which was established by an Agreement signed on October 18, 1969, in Kingston, Jamaica, and entered into force on January 26, 1970. The Bank came into existence for the purpose of contributing to the harmonious economic growth and development of the member countries in the Caribbean and promoting economic cooperation and integration among them, having special and urgent regard to the needs of the less developed members of the region (Article 1 of the Agreement establishing CDB). In the Revised Treaty of Chaguaramas, the CDB is recognised as an Associate Institution of CARICOM[/su_box]

Jonathan Taylor, EIB Vice President said: “In response to the devastation caused by hurricanes in the region in recent weeks, the EIB and CDB rapidly agreed to commit additional resources to support reconstruction investment projects in the Caribbean. The USD 24 million post-hurricane reconstruction initiative comes in addition to the USD 120 million loan to CDB for financing climate change mitigation, adaptation and resilience projects which we signed earlier this year. We stand committed to developing our fruitful 40 year partnership with CDB, to support climate-resilient projects in the Caribbean and to help to adequately tackle the challenges related to climate change.”

CDB President Wm. Warren Smith said: “The 2017 hurricane season was one of the most devastating the Caribbean has ever experienced, and underscored the urgent need for investment in climate-resilient infrastructure in our region. The signing of this agreement is another milestone in our longstanding partnership with EIB, and will facilitate CDB’s increased support for resilient reconstruction in the Caribbean. We remain committed to work with our partners to mobilise resources needed to ‘build back better’ and, despite the recent setbacks, help the most vulnerable countries of our region to remain focused on meeting their goals for sustainable development.”

To date, CDB has committed all of the resources under the first Climate Action Line of Credit – USD 65.6 million – for seven projects. This co-financing is associated with total project financing of USD 191 million.

A pipeline of climate action projects amounting to over USD 300 million and which may be eligible for funding from this new loan has been developed with financing of an EIB-funded technical assistance programme.

The EIB has supported development and economic activity in the Caribbean with loans and equity investment worth EUR 1.6 billion (bn). The EIB is the world’s largest multilateral financier of climate action with EUR 19 billion of lending for this sector in 2016, including EUR 1.9 bn targeted at developing countries. (Caribbean Development Bank Press Release)

Your ticket for the: EIB, CDB commit US$24M to post-disaster reconstruction in Caribbean