Dominicans start paving their way to a more resilient future 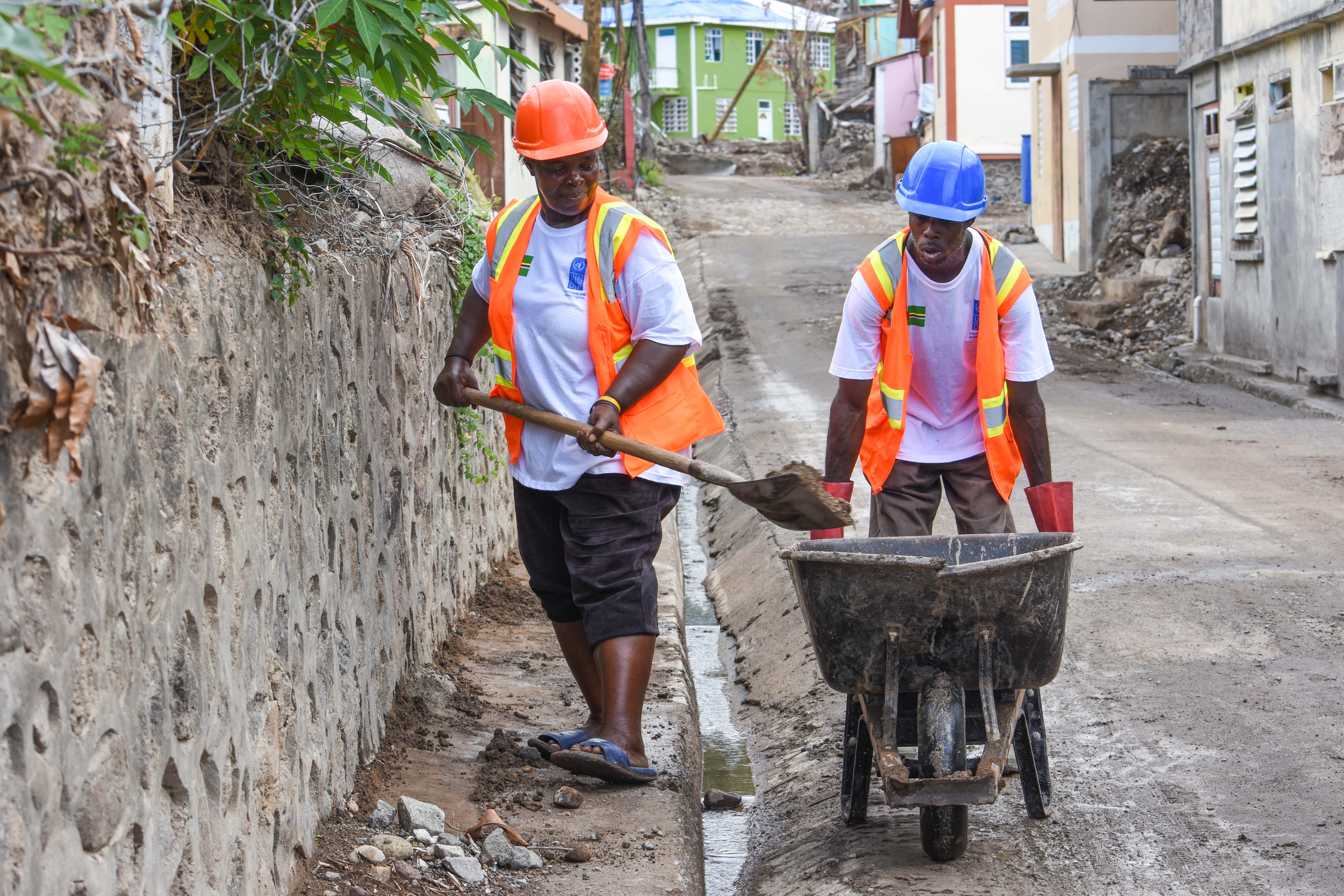 Roseau – 12 December – Over 800 hurricane-affected Dominicans have received training and are being temporarily employed as part of the National Employment Programme, a UNDP-backed strategy to place affected people at the centre of the recovery process after hurricane Maria decimated the island nation three months ago.

“The temporary employment opportunity is crucial to inject needed cash in communities, especially considering that many women and men have seen their livelihoods greatly affected,” said UNDP Regional Director for Latin America and the Caribbean, Jessica Faieta as she spoke to several Dominicans employed by the Cash-For-Work programme today.

Nearly half (45 percent) of the total number of temporarily hired workers is a woman, earning over twice the Dominican minimum wage until around mid 2018.

For the past three weeks they have been clearing debris around health facilities, roads, schools and also in rivers, which will enable the reconstruction process.

Damage assessment – In the meantime a UNDP-backed Building Damage Assessment, led by the Ministry of Housing, working with Engineers Without Borders is ongoing. Microsoft has provided tablets and a tailored app, which is currently enabling the assessment of roofs, walls, floors and structures in addition to demographic details such as number of people affected with crucial data about affected people such as sex, age. Such information will be crucial for the Government of Dominica to better address people’s recovery needs, also tailoring public policies to the most at-need communities after the hurricane. More than 17,000 buildings have been assessed thus far by over 100 Dominicans who are currently covering the entire island nation.

Building back better –  Moreover, the Ministry of Planning of Dominica, together with Engineers Without Borders and UNDP developed new Housing Standards for enhanced earthquake/hurricane resistance in consultation with the associations of architects, builders, contractors and engineers. The document will now be submitted for approval by the Council of Ministers.

A training programme will be carried out over the next few weeks with the objective to certify builders and contractors on the new housing standards.

Your ticket for the: Dominicans start paving their way to a more resilient future

Dominicans start paving their way to a more resilient future