CCRIF a light in disaster darkness 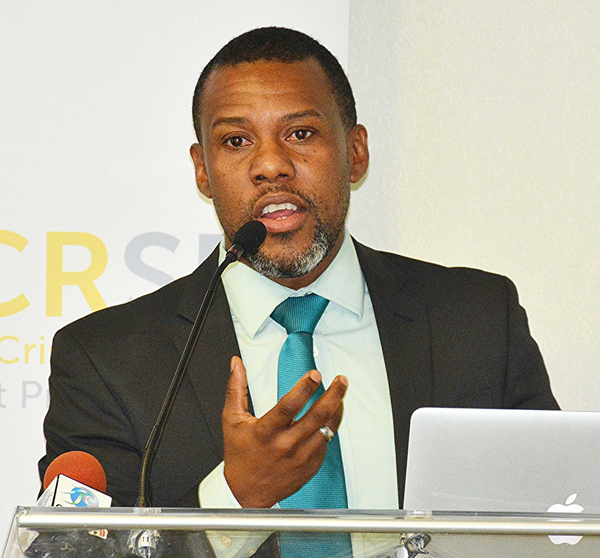 Amid despair brought on with lives lost and property destruction caused by hurricanes sweeping the Caribbean, a beacon of good news is that the disaster relief fund designed to help in these circumstances is working.

The Caribbean Catastrophe Risk Insurance Facility (CCRIF), which was set up by regional governments since Hurricane Ivan in 2004 and began actual disbursements in 2007 , has already paid out US31.2 million of its accounts for tropical cyclones, excessive rainfall, and under an insurable section termed Aggregate Deductible Cover to six countries for damage suffered from Hurricane Irma.

In releasing this information CCRIF noted that the payments had been made with there being still two months of the 2017 hurricane season left.

Add to those figures another US$19,294,800 which is earmarked for Dominica, and will get to authorities in that Hurricane Maria-ravaged island by weekend, within two weeks of the storm destruction of Sept. 18.

Since it began payouts some 10 years ago CCRIF was quietly shining a bright light in the continuous darkness of massive storms and catastrophes along with threats of these disasters that bedevil the Caribbean from June to November of each year.

The Facility recently stated that over the time of its insurance compensation it, “made payouts of a little more than US$100 million to 12 of its 17 member countries — all within 14 days of the event.”

Payments crossed the $100 million mark with the disbursements this month.

As handsome as these payouts are, they certainly do not cover much of the cost of recovery and this Caribbean-owned facility itself has urged “members not to view the organization as a silver bullet for managing disaster risk but rather a complementary tool in addressing the much broader issues of disaster management and climate change adaptation within the state.”

CCRIF Chief executive Officer, Isaac Anthony has said, “the injection of short-term liquidity that CCRIF provides when a policy is triggered is not intended to cover all the losses on the ground following a disaster, but is designed to allow governments to reduce their budget volatility and to provide much needed capital for emergency relief such as clearing of debris and other clean-up activities, restoring critical infrastructure, and most importantly providing humanitarian assistance to the affected population, thereby reducing post-disaster resource deficits.”

In issuing a similar warning to governments of the region Caribbean Development Bank Director of Economics, Dr. Justin Ram, earlier this month said that despite CCRIF being critical and relevant to the territories there is a need for individual countries to strengthen their financial management in preparation for disasters.

“Given the vulnerabilities to natural disasters and how this has contributed to debt accumulation, it is important for countries to use revenue windfalls to set up contingency funds or sovereign wealth funds, so as to reduce the debt burden and ensure greater economic and social resilience,” he said.

A pointed reminder of the need for sovereign wealth funds has been the pleading of the Caribbean Disaster Emergency Management Agency Executive Director Ronald Jackson.

Since Hurricane Irma struck he said, “for those who are wondering how they can support the (relief) efforts, one of the things we want to remind persons here in Barbados and all over the Caribbean that the first item most of our member states prefer to accept is cash donations.”

Giving the reason for cash being priority over material supplies, he said “in cases where the economy is still intact, in most cases, it allows for the jump start of the economy after these events, rather than deluge [them] with supplies which they won’t b able to use.”

While acknowledging that in instances where the merchandise supply chain is disrupted donations of goods would be more important, Jackson noted that once delivery lines are not cut residents in affected territories, “can buy items pretty easily in the countries or in ways that it can be shipped to them.”

Your ticket for the: CCRIF a light in disaster darkness

CCRIF a light in disaster darkness