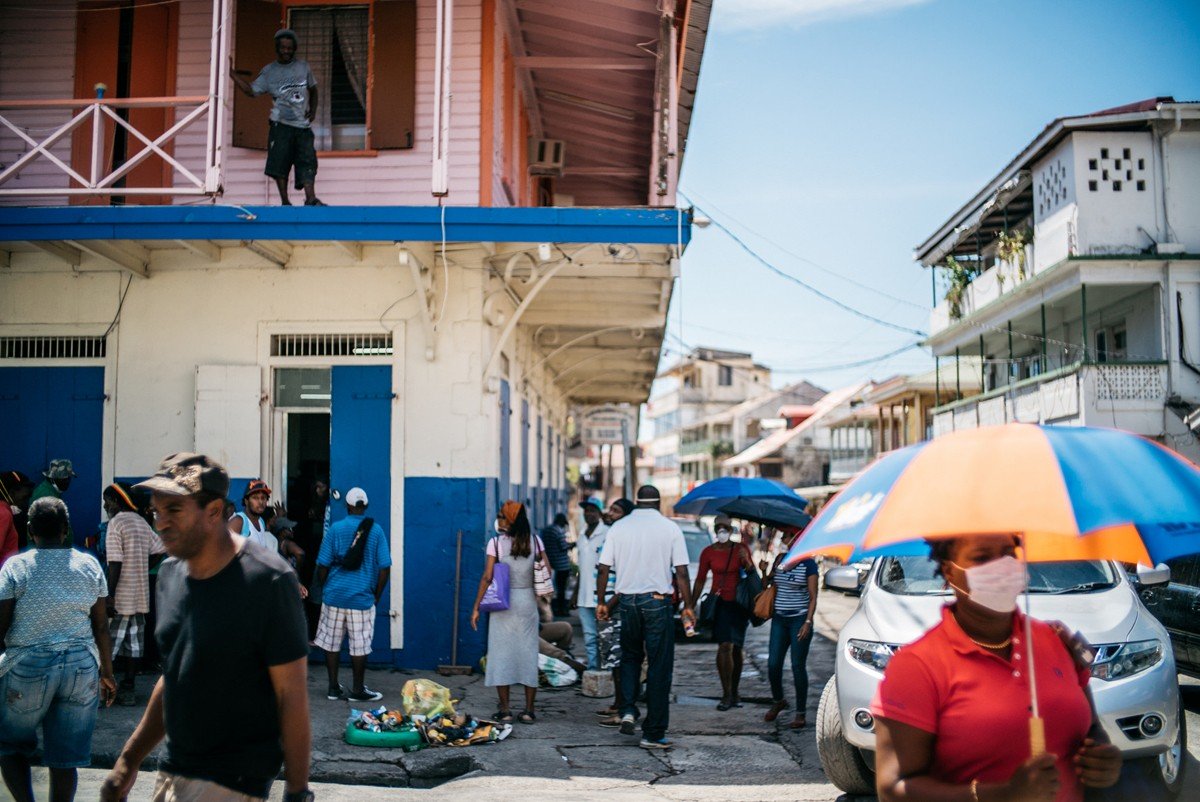 The UN Development Programme (UNDP) announced its support to Caribbean leaders gathered today during the launch of a new public-private coalition to create the world’s first “climate-smart zone” to support the parts of the region decimated by some of the most powerful hurricanes to ever cross the Atlantic in September.

The announcement came at the One Planet Summit hosted by French President Emmanuel Macron in Paris to review progress made on the Paris Agreement adopted by global governments two years ago today.

Alongside the on-going recovery efforts, the Caribbean Climate-Smart Coalition aims to find a way to break through the systemic obstacles that stop finance flowing to climate- smart investments. With the right domestic and international reforms, the world can step up – and help unleash the means to catalyse an ambitious US $8 billion investment plan to bring greater energy and infrastructure resilience to 3.2 million Caribbean households. This would help Caribbean islands to eliminate their costly dependency on fossil fuels so that they can meet close to 100% percent of their energy needs from renewable sources, and to embed resilience into communities and livelihoods to realise the bold ambitions of all Caribbean people.

Caribbean leaders have brought together a Coalition of global organisations such as the Inter-American Development Bank, the World Bank and the Caribbean Development Bank, as well as businesses and supporters from the Caribbean and the international community. The Coalition aims to reinvigorate the islands that have been impacted by recent hurricanes Irma and Maria, and help build more resilient infrastructure and communities across the region as the likelihood of future extreme weather events increases.

Prime Minister Keith Mitchell of Grenada, Chair of CARICOM, said: “Caribbean leaders have come together as a powerful collective to build a better future for the people of the Caribbean. We welcome the financial commitments from our partners – around US$1.3 billion for recovery efforts and US$2.8 billion toward the vision shared by all members of the Coalition and others. This is a great first step. Now we need to turn this possibility into a set of realities that benefit all our people. We all need to work together to change the rules of the game to accelerate climate-smart financial flows for the Caribbean and other small island developing states. Together we can build thriving economies fuelled by clean energy, nature-based resilient design and innovation. The time for action is now.”

Prime Minister Roosevelt Skerrit of Dominica, said: “Despite the immense human suffering and economic damage caused by the recent hurricanes, the people of the Caribbean do not want to be just passive victims of climate change. Rather, they want to be active participants in designing and implementing solutions, and for their Caribbean region to serve as a beacon of hope for island nations all over the world.”

The announcement comes nearly a month after over 400 high-level representatives from governments, multilateral and civil society organizations and the private sector gathered at UN headquarters on 21 November at the “CARICOM-UN High-level Pledging Conference: Building a more Climate-Resilient Community ” to help countries “build back better” as the first climate-resilient countries in the world.

“The next hurricane season is only six months away so achieving climate-smart and resilient development for the Caribbean is critical. Affected individuals are the focus of the $5 billion recovery process, but this effort will only be successful if it involves the private sector, civil society and governments at all levels working together for a more resilient Caribbean. Last month, close to $2.5 billion was pledged at a conference co- organized by CARICOM and UNDP for recovery and resilience in the Caribbean, and it is our objective to facilitate joint efforts with the work of the Caribbean Climate-Smart Coalition.” said Achim Steiner, Administrator of UNDP.

Coalition members will help to establish partnerships that can make investment deals happen. They will also bring their collective abilities together to break down the technological and financial barriers that represent the last obstacles to Caribbean people grasping the transformational opportunities that are in reach.

Your ticket for the: Caribbean leaders launch ambitious plan to create the world’s first “climate-smart zone”