‘Agriculture in Dominica, as we know it, now ceases to exist’ – OECS Commissioner 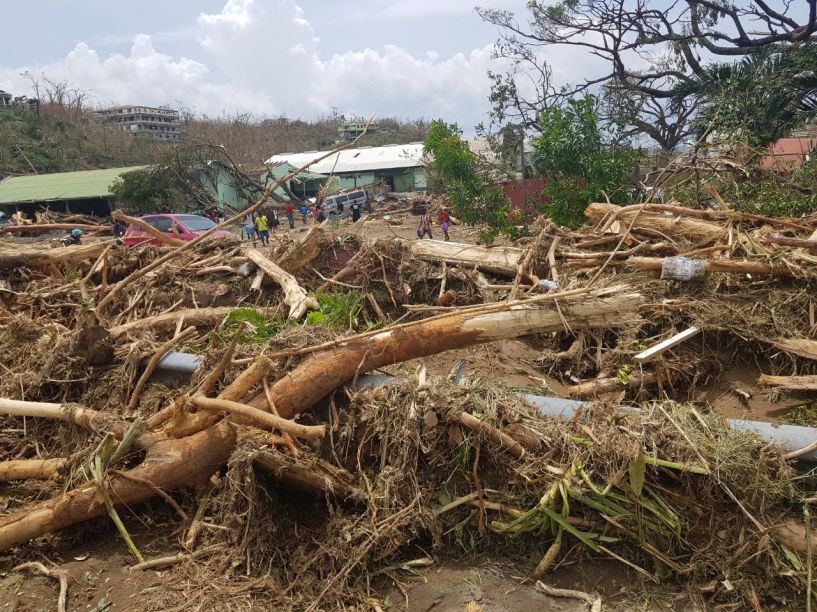 Both the Caribbean Disaster Emergency Management Agency (CDEMA) – which is leading the Community’s response to the disaster  – and the United Nations Office for the Coordination of Humanitarian Affairs (UNOCHA) said that there was 100 per cent destruction of agriculture on the island. According to information released by UNOCHA, 25 per cent of the workforce in Dominica depends on agriculture.

CDEMA said there was “severe damage” to farm housing, irrigation and infrastructure, feeder roads as well as crop and livestock production, in addition to forests reserves and coastal fishery. Many feeder and farm roads are impassable resulting in loss of available food for both consumption and marketing. Loss of poultry and livestock were reported.

There were also reports of loss, damage or destruction of agricultural tools and infrastructure such as spades, forks, pruning shears, and greenhouses.

Organisation of Eastern Caribbean (OECS) Commissioner, and Grenada Ambassador to CARICOM, Ambassador Patrick Antoine, visited the island earlier this week and painted a dire picture of the situation there generally, and put agriculture in perspective.

Imperial palms, mango, coconut and breadfruit trees, the perennials, are all gone, he reported.

“So for the first time, Dominica, is going to be facing, for the foreseeable future, unfortunately, a level of food insecurity that it hasn’t known before. And that is certainly something that has to be put before us. Our OECS Community and the broader CARICOM family now have to get together with Dominica … to see how we try, very urgently to see how we can rehabilitate agriculture going forward. Let me tell you that the hurricane left nothing untouched. The root crops have been covered by alluvial material – stones and sand – in a way that makes it indistinguishable. All of those things are now gone”, he said.

Your ticket for the: ‘Agriculture in Dominica, as we know it, now ceases to exist’ – OECS Commissioner

‘Agriculture in Dominica, as we know it, now ceases to exist’ – OECS Commissioner