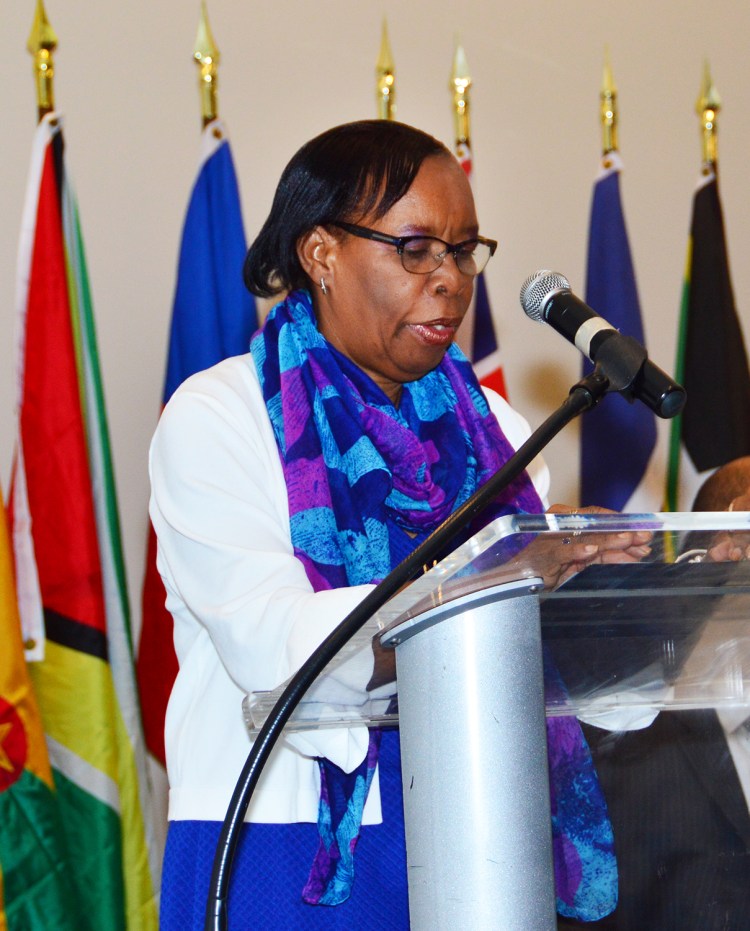 Statistics has a vital role to play in the reconstruction of Caribbean islands that were severely damaged by the recent hurricanes that swept through the Region, Project Director, Regional Statistics, Dr. Philomen Harrison said last week.

At the opening of several regional Statistics events in the Cayman Islands, Dr. Harrison referred to the “utter desolation” the storms left in their wake, and called for a discourse on CARICOM Small Island Development States (SIDS) and Statistics in the context of disasters.

“As statisticians, we ask ourselves what can we do before and after these events. Evidently Statistics ought to play a vital role in guiding the reconstruction process and in the future mitigating the impact of these types of disasters on the populations of these countries including the most vulnerable among us so that one of the key objectives of the 2030 Agenda of leaving no one behind and to reach the furthest behind first, comes to live.

“While we will be focusing on the 2030 Agenda during the 42nd SCCS it is hoped that during the Tenth Regional Statistical Research Seminar we can have some discussions on CARICOM SIDS and Statistics in the Context of Disasters-What is the role of statistics in mitigating the impact of such events on the population but also safeguarding our own interests -the statistical products from the impact of disasters”, she said.

Dr. Harrison was at the time speaking at the opening ceremony of the Forty-Second Meeting of the Standing Committee of Caribbean Statisticians (SCCS) held 23-25 October; the Twenty-Seventh Meeting of the Regional Census Coordinating Committee (RCCC) held 26 October; and the Tenth Regional Statistical Seminar held on 27 October.

The meetings were held under the theme ‘Improving the lives of people – advancing the Action Plan for Statistics in the Caribbean’.

Focusing on the impact of the hurricanes, Dr. Harrison said that given the loss of lives, anguish and tremendous suffering, loss of property and absence of necessities that the disasters caused, it was fitting that statisticians, by consensus, chose to continue to emphasise improving the lives of people through statistics by retaining the theme from the 2016 meetings.

The meetings discussed the CARICOM Regional Strategy for the Development of Statistics (RSDS); the Action Plan for Statistics in the Caribbean; the 2020 Round of Population and Housing Census; progress in the areas of Economic, Social/Gender, Environmental and ICT Statistics, as well as defining core global indicators from the 2030 Agenda for Sustainable Development to monitor the achievement of the Sustainable Development Goals, and where appropriate, the Small Islands Developing States (SIDS) Accelerated Modalities for Action (SAMOA Pathway).

Your ticket for the: Statistics must play vital role in reconstruction of hurricane-hit islands – Dr. Philomen Harrison